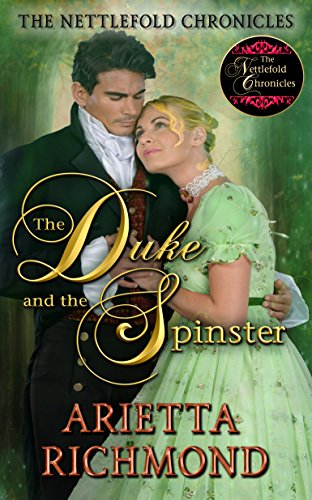 A Duke who needs to marry, a Lady who expects to never marry, a summer house party, a nefarious plot, gossip designed to harm, a desperate adventure, a love that redeems.

Lady Juliana Willoughby, whose first Season was such a disaster that it was her last, finds herself at a country house party, all for her pretty sister’s benefit. She expects nothing more than to hide away in corners, and avoid socialising, sure that no man would ever want to marry such as her.

Garrett Rutherford, Duke of Kilmerstan, needs to marry, and get an heir. But he has yet to meet a woman he does not flinch from, even though some pursue him relentlessly. Dragged to the house party for his sister’s benefit, he expects nothing but boredom. Then he sees Lady Juliana.

But there are others at the house party who have less than honourable intentions towards both the Duke and Lady Juliana.

Can they defeat the plot against her, and save each other? Will love have a chance to blossom, amongst despair? Or will they be forced apart forever?

A new series of delightful Regency stories, from multiple authors, all with a connection to the town of Upper Nettlefold
- look for the Nettlefold Chronicles logo to read them all!